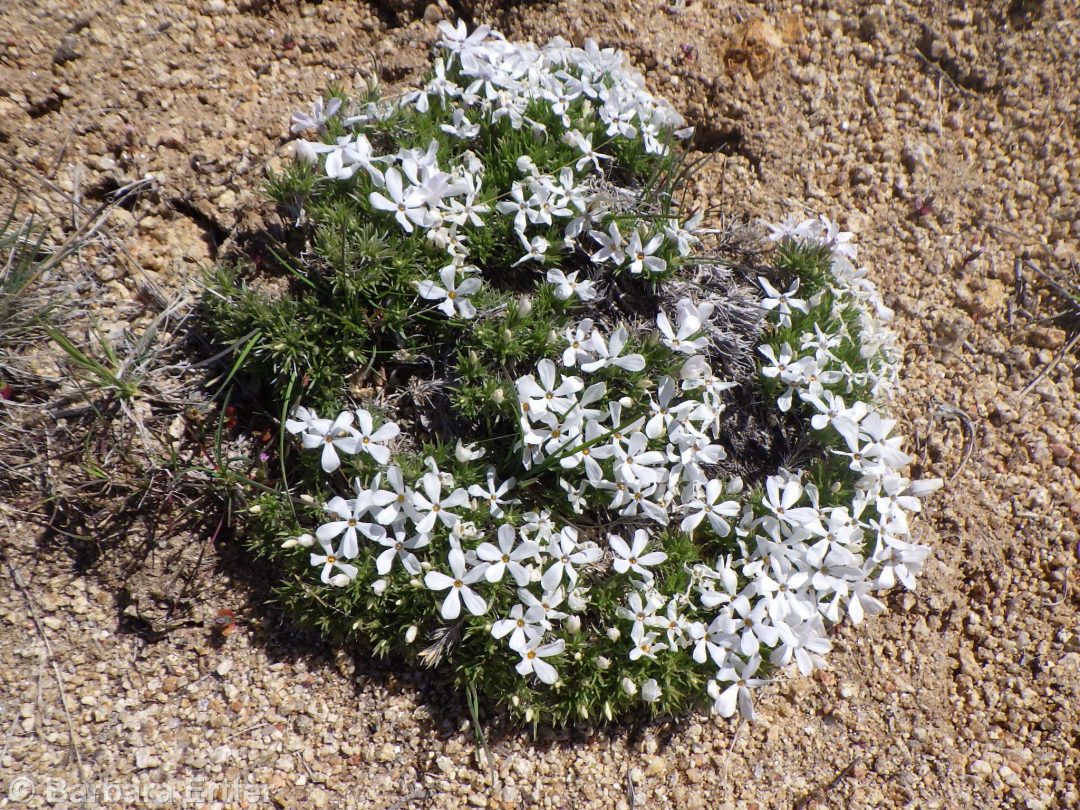 Our tightly tufted white-flowered phlox, characteristic of wind-swept ridges, has recently been confirmed as Phlox caespitosa, though it had previously been mostly commonly identified as Phlox hoodii (Hood’s phlox).  Carpet phlox has been used as a common name for both species, and other species as well.  Phlox in general does not lend itself to easily being parsed into species, with abundant variation within species and poorly defined morphological boundaries between species.  Phlox caespitosa is no exception: