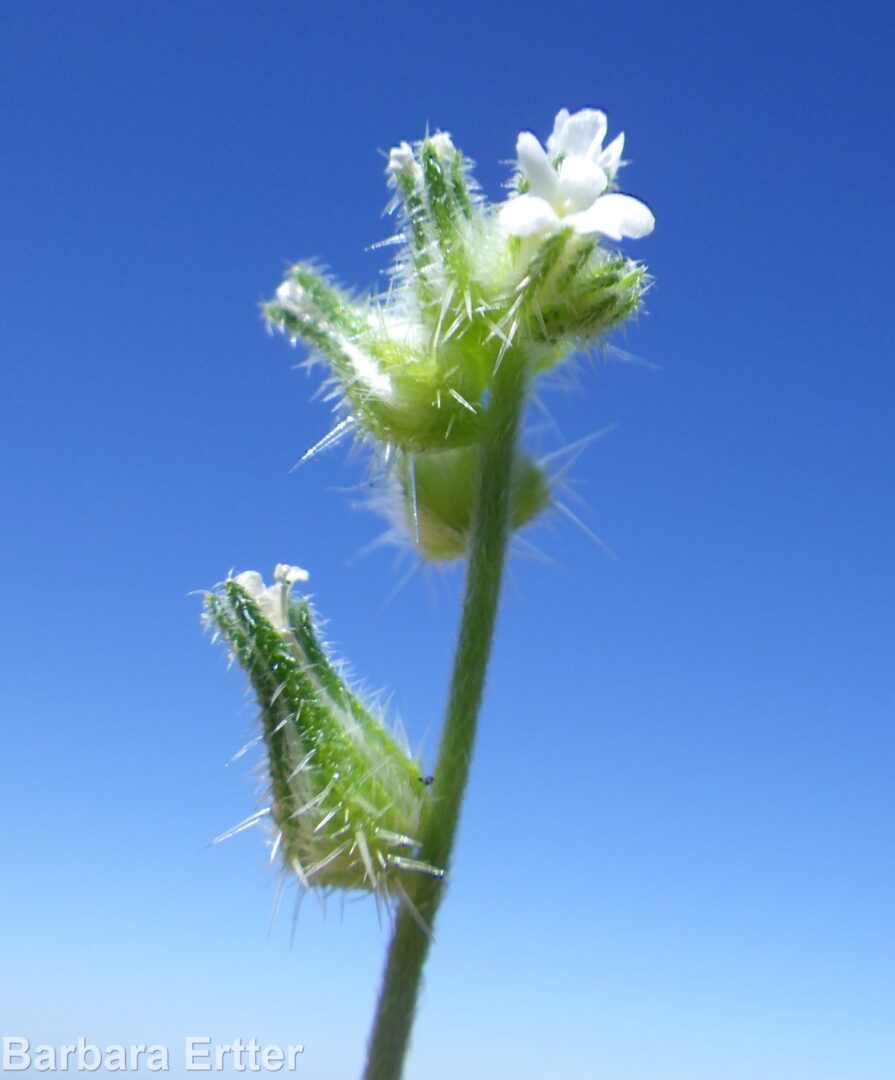 Pinewood cryptantha is one of the more easily identifiable and common annual cryptanthas in the Conifer Zone.  In addition to the slender branching pattern and appressed hairs on the stem, the mature achenes (“seeds”) are diagnostic (as is the situation for most members of the genus).  Although somewhat resembling those of prickly cryptantha (Cryptantha echinella), which are completely covered with small sharp bumps, achenes of pinewood cryptantha also have scattered larger tubercles, and the small bumps are more rounded.  Both species can grow near each other (e.g., on The Face trail at Shafer Butte), as well as with other annual species of Cryptantha.

In spite of the species’ relative abundance in the Conifer Zone, its existence on the Boise Ridge was not known until fairly recently.  This is unlikely to be a new appearance, but rather an indication of how poorly known our local flora actually has been.