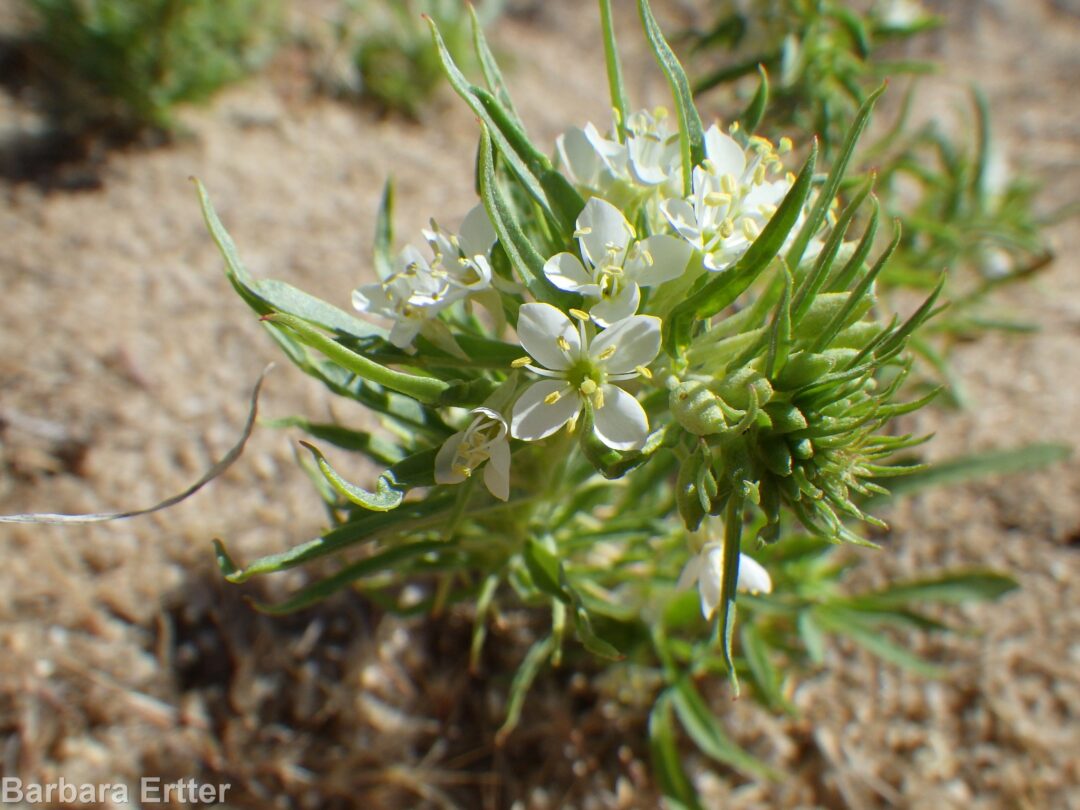 Eremothera boothii ssp. alyssoides is one of the more intriguing, and hard to find, plants in the Boise Front.  It is known from only a handful of localities on open sandy sites in the foothills (e.g., Polecat Gulch), barely hanging on locally and possibly not for much longer.  Finding populations is not only challenging because of the plant’s rarity and small size, but also because it waits until late spring to bloom, after the majority of better known annuals have already come and gone.

Although var. alyssoides is treated as a synonym of var. boothii in the 2018 edition of Flora of the Pacific Northwest, the more recent treatment in Flora of North America (Wagner 2021) recognizes six subspecies in Eremothera boothii, including var. alyssoides.  In the Boise Front, the tiny white flowers, and the plant itself, are significantly smaller than is typical even for ssp. alyssoides, at the very northern edge of the species’ geographic distribution.  It is not impossible that this variant should have its own subspecies, in a species that is known to be a “complex of intergrading entities” (Wagner 2021).

When Harold M. Tucker, the botanically oriented founder and first president of The College of Idaho, collected the more typical representative of this subspecies near Caldwell in 1945 (CIC 10454), he noted that it “was once very common in sagebrush”, implying that it had already started to disappear locally.