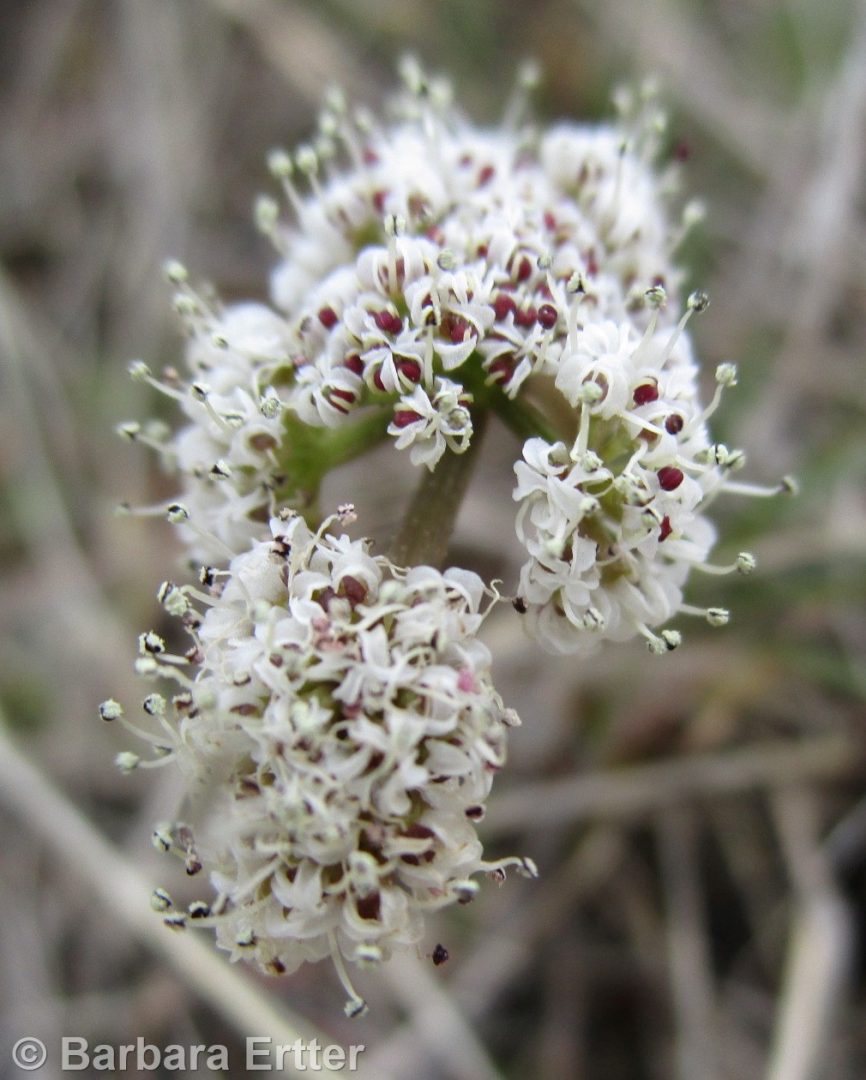 Known variously as orogenia, turkey-pea, and Indian-potato, this cute little plant sometimes blooms even earlier than sagebrush buttercups, but is less common and much less conspicuous.  The small clusters of tiny white flowers emerge before the narrow leaves, often by late February, sometimes as early as January.  Even at peak bloom, the flower clusters can be hard to spot, and if there are still patches of snow around the challenge of distinguishing flowers from snow flecks is even greater. Your best bet is to scan areas of bare soil on north-facing slopes, such as Doe Ridge Trail and stretches of Polecat Loop from Cartwright Road, or along the Crestline Trail above Lower Hulls Gulch.

This particular harbinger of spring is unfortunately in decline in the foothills, as the bare soil it requires is filled with competing non-natives and thatch.  Please do not contribute to further decline by digging the bulbs; leave the flowers for others to enjoy!

In her “Key to the Spring Flora of Southwestern Idaho” (1946), Bernice Bjornson evidently confused Lomatium linearifolium with L. gormanii, a somewhat comparable species that grows well to the northwest of the Treasure Valley area.  “Pepper and salt”, used by Bjornson, is a common name for Lomatium gormanii that would work equally well for L. linearifolium; I prefer perpetuating the previous genus name as a common name.  According to Bjornson:  “The purplish black anthers against the white petals look like pepper on salt. It blooms very early, the flowers coming out during the first warm days. It has been seen in blossom in February and even in January. Children like the plant. They dig up the round black corms and eat them. The plant is small, both the small compound leaves and the flower clusters resting on, or rising but a short distance off, the ground.”