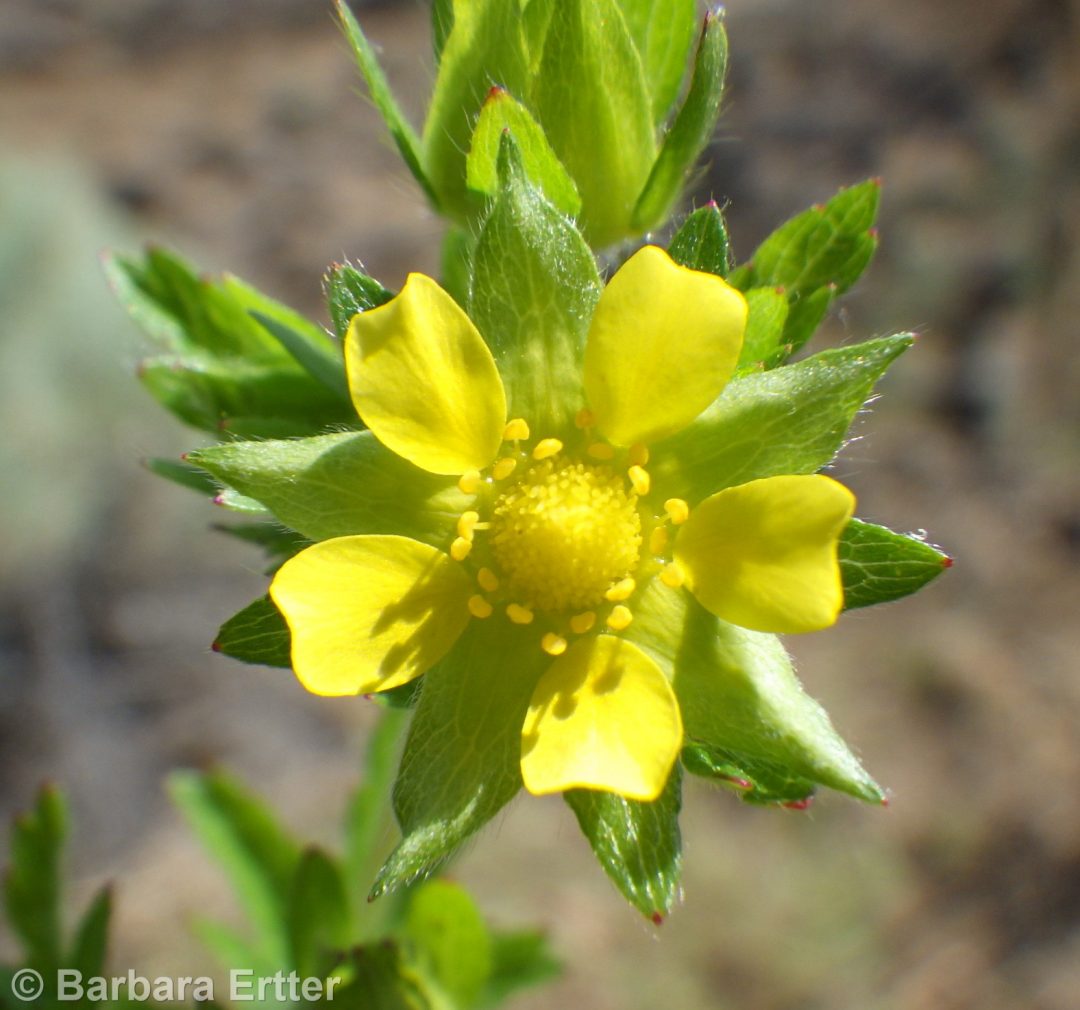 Norwegian or rough cinquefoil (Potentilla norvegica) is widespread in both North America and Eurasia, with both native and introduced races (or subspecies) evidently present in both places.  What is not known is whether the local occurrences are native or non-native, how to tell them apart, and what names to use if subspecies or varieties are recognized.  As a further twist, molecular evidence indicates that P. norvegica has an intriguing geneology, with ancestry that involves the Ivesia-Horkelia clade.

Norwegian cinquefoil is one of several species that are annual, biennial, or occasionally even short-lived perennials, which tend to grow in seasonal wetlands and streambeds and have relatively small flowers.  The species have often been misidentified as one another, but can generally be reliably distinguished by the hairs at the base of the plant.  In Potentilla norvegica, these hairs tend to be stiff and spreading, often with a purplish pustule at the base.  The mature seeds are also distinctively ridged (resembling those of sulphur cinquefoil, P. recta), leaflets are usually 3, and flowers tend to be larger than the similar species.