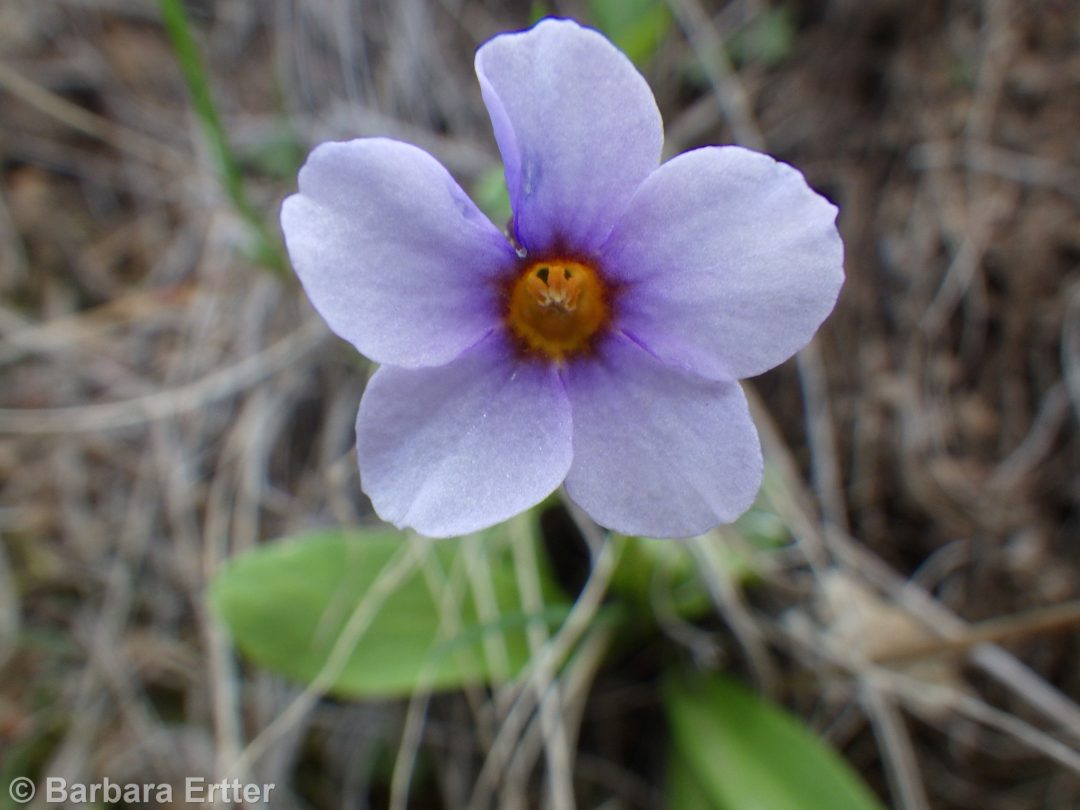 Cusick’s primrose (Primula cusickiana) is our only native true primrose, faintly violet-scented, which has become increasingly difficult to find as its habitat declines.  It also has a fun backstory, in that the first collection from the Boise Front was by made by Captain Timothy E. Wilcox when he was stationed at Fort Boise as Assistant Surgeon.  The collection was sent to a botanist in New York, who thought it might be a new species to be named “wilcoxiana”.  Although this name was never formally published, it has remained associated with the Boise populations of this lovely spring wildflower.

Bernice Bjornson had this this to say about our only native primrose in 1946, when it was evidently already in serious decline:  “A few places in the West are fortunate in having the attractive little primrose known in southern Idaho as Wilcoxiana, Primula cusickiana. Its leaves are simple, entire, and basal. Its flowers borne on a leafless stalk vary in color from pale blue to dark purple with a yellow eye. They are fragrant. People who lived in southwestern Idaho in the early 1900’s tell us that in spring the foothills used to be a mass of color with these flowers. Surely this is a flower which needs protection; one has to hunt for it nowadays.”