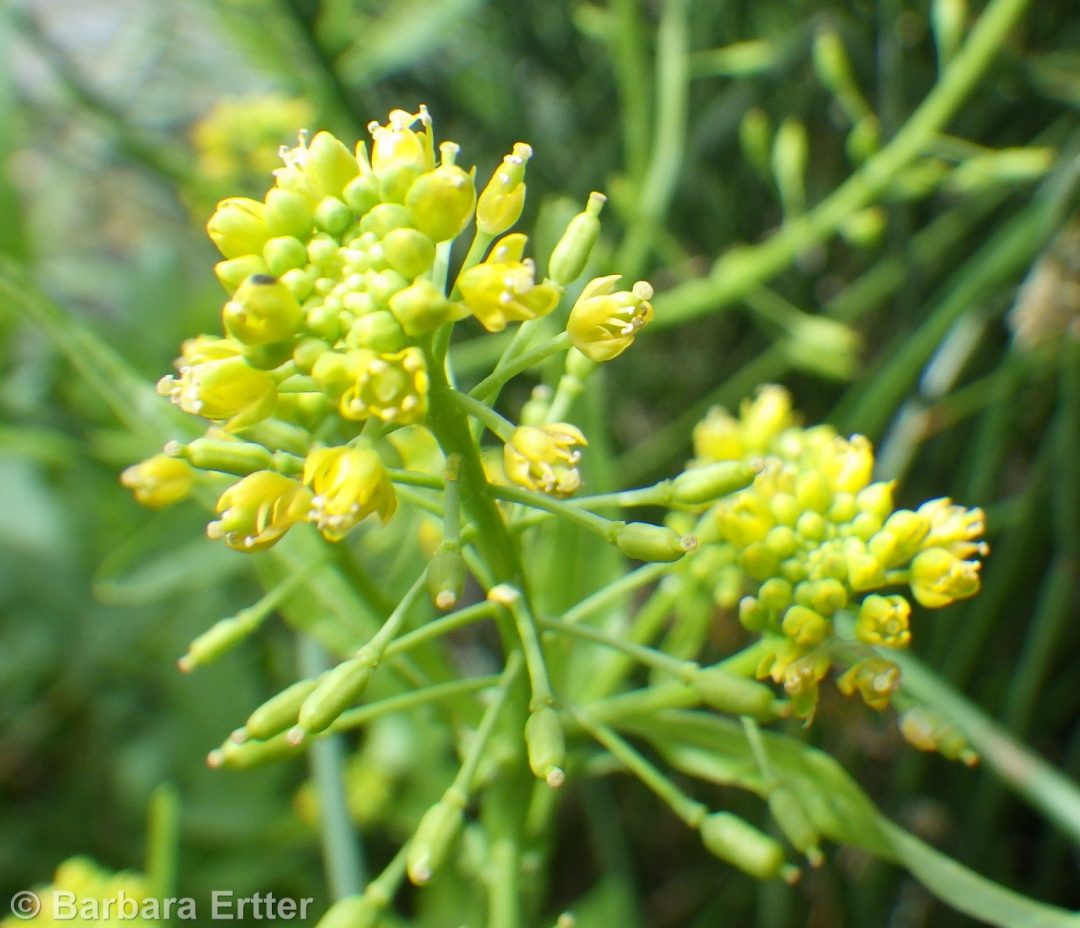 Marsh yellowcress (Rorippa palustris) tends to be a taller than most other local species of Rorippa, most often with a single erect stem and prominently pinnatifid leaves.  Fruits span the range between R. sphaerocarpa and R. curvipes, with petals generally larger than those of either species (ca 2 mm long).

The species is scattered in suitable wet sites throughout the greater Boise Front, mostly at lower elevations.  Most populations fall into the subglabrous ssp. palustris, but the hairier ssp. hispida is also present.