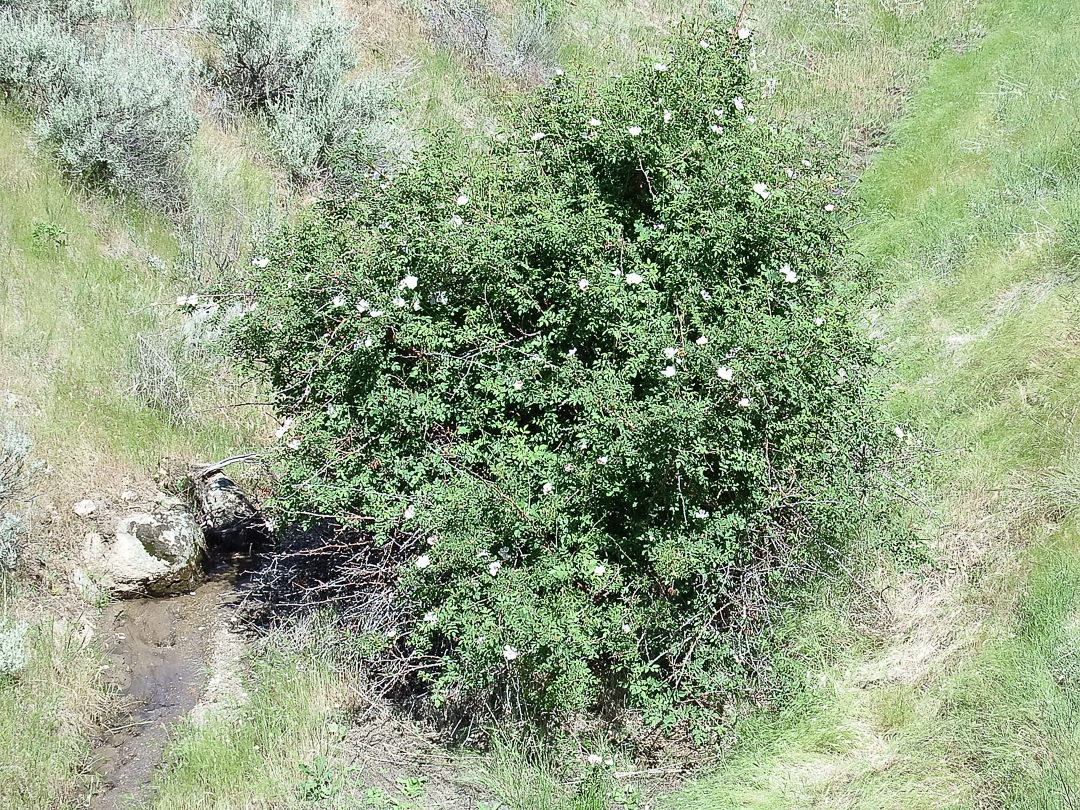 The hips are in peak culinary condition in late winter, after freezing has softened and sweetened the pulp.  Taking care not to get snagged on the prickles, select an oblong fruit that is bright red, slightly soft, and unmarred.  Break it off at the base of its stalk, and either carefully squeeze out a bit of pulp, or else nibble a bit off the base.  Be careful to avoid getting and seeds (pips), and the irritating hairs that surround them.  If you succeed in getting a prime hip, and extracting the edible pulp, you will be rewarded with a concentrated taste burst that is high in vitamin C.  Please discard the uneaten portion in the middle of an existing population; otherwise you may be contributing to the spread of this invasive species.

On a summer’s day, in sultry weather,
Five brethren were born together.
Two had beards and two had none,
And the other had but half a one.